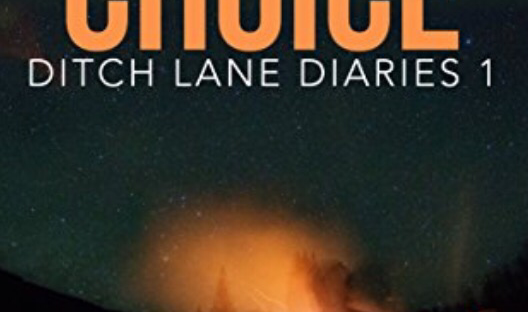 My debut novel published on July 27, 2015. The last couple of days Ruby’s Choice is the #1 download in the free KINDLE store.

I’m writing my fifth novel, The Witches of Hant Hollow, and I can’t believe it’s been almost two years since the release of Ruby’s Choice. She will always hold a special place in my  heart.

At time of this post, Amazon Best Sellers Rank:

Thank you for supporting my books!

Investigative reporter, Sandy Cothran follows a murder lead on Music Row which uncovers Luc’s Testament along with a string of related crimes.

Baldric is falling in love with Sandy breaking the rules of heaven and places her in danger because Luc is waiting in the wings to pounce at his given moment.

The Wards of Campbell Ridge fight with Heaven’s Warrior Angels in an epic supernatural battle against Luc and his demons to save one of The Chosen.

“D.F. Jones does it again. Definitely, a book you’ll want to sink your teeth into. So well written, great plot, and entertaining characters that you can’t help to fall in love. A definite page-turner. This Series had me at book one, and I couldn’t put it down. Each story brings you closer to each character, but this one was by far my absolute favorite. This book tells Sandy’s story. I love her. And Baldric, what’s not to love about him. This book is too good to give away too much so I’ll just say that if I were an angel, this book would have me sprinkling love dust all over the place. High five DF Jones. Remarkable Read!”

“This is the third book in the Ditch Lane Diaries. The first two books were good, but this one surpasses them. Don’t get me wrong; I love all the books. However, this book is my favorite of them all. The series follows the story of three friends; each book focuses on one. This is Sandy’s story, and my, what a story! It combines suspense, romance, and supernatural elements, creating an unforgettable tale.”

“The author wrapped up the series well and ties most of the loose ends. The book is well written, the characters were vivid, and the story was gripping and sucked you right in from the start. This is a story about powerful love, loss, family, trust, and good vs., evil. As the tale gets underway, it has you grasping for more. If you didn’t read the series, I suggest you start with the first book as each book is tied to the next one. Highly recommended!”

If you enjoy my books please consider posting a positive review, tell a friend, and share on social media. Thank you!

Free~Download my short, Antique Mirror (Free at time of post) and look for the prequel novel, The Witches of Hant Hollow, this Fall.

“I really enjoyed reading Antique Mirror. It was quick, light, but with some suspense. Because it’s a short read, the suspense parts are minimal, but works well with the story. The pace is very fast, so there is never a dull moment. I happily give this book a 5-star rating! Highly recommended to those who like quick reads with a little suspense and romance.”

Victoria is a budding artist who buys an old farm to renovate the old cabin and barn for her home and art gallery. Days after moving in, she keeps noticing shadows from an antique mirror over the fireplace left by the previous owners.
One evening after talking with her art dealer, Max, she’s relaxing in front of the fire when a man appears on other side of the mirror. He begins to talk to Tori, and she’s drawn to him. Curious more than anything, she places her hand on the mirror and is pulled into another dimension.

Jonathan’s been living in the cursed mirror for over a hundred years, and Victoria is his only hope of escape, but the young witch Jasmine has other plans.

Look for the prequel novel, The Witches of Hant Hollow, release date to be announced.

Will Tori and Jonathan’s relationship endure the test of time?

I have three Free Ebooks tomorrow on Amazon.

Check your newsletter in the morning.

You haven’t register yet?

Register now and by tomorrow you’ll have three new books to read Free! 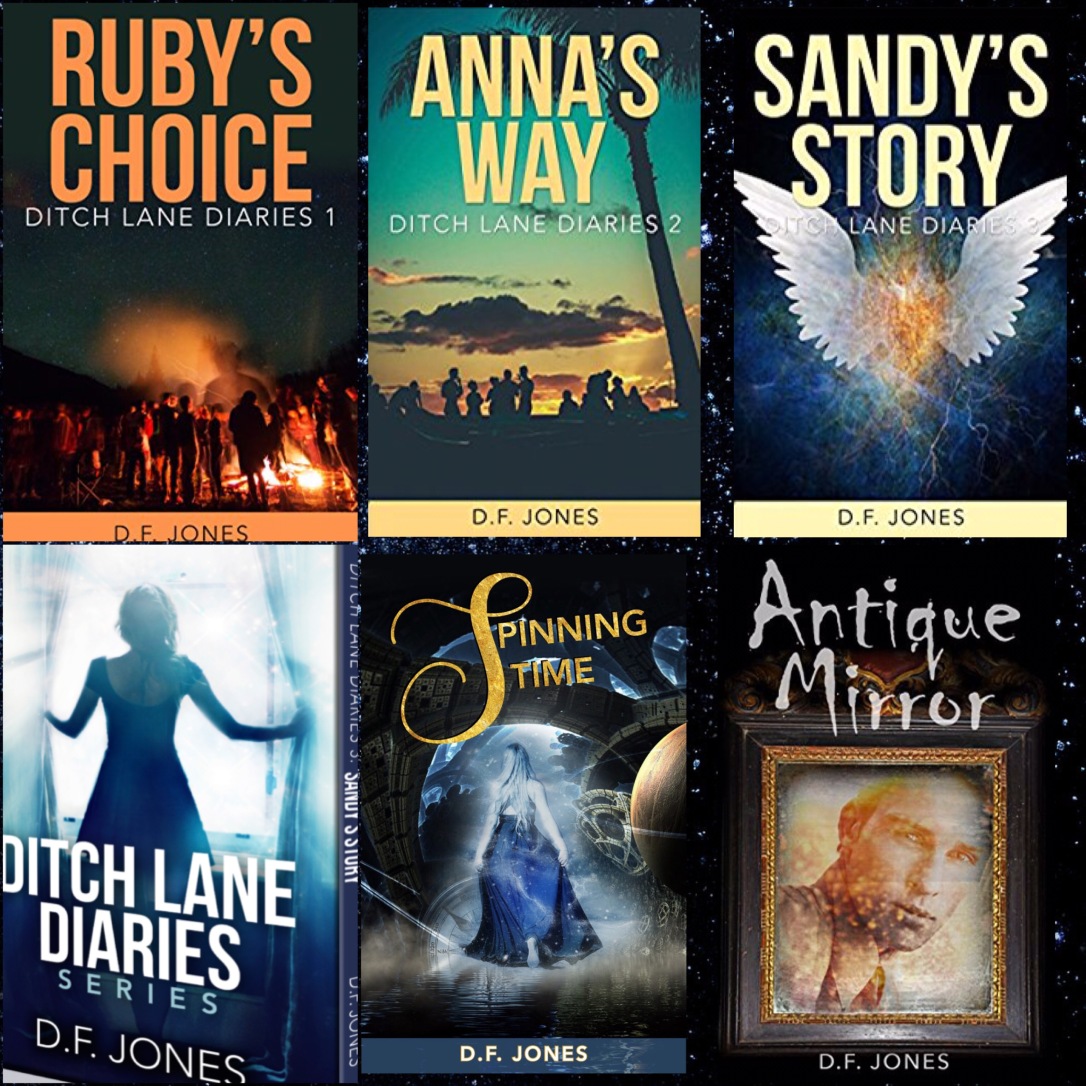 The best way to keep an author writing is posting a positive review.

Next time, when you read a book and enjoy it- take five minutes and post a review. Wherever you purchased the book there is a place to leave a review: Amazon/GRs, Nook, IBooks, Kobo and more!

Your recommendation could sway a potential reader to try a new book, and a new author.

Thank you for all of the support you give me!

Description:
The Turnberry Legacy Series
At the turn of the fourteenth century, danger abounds with Scotland’s leadership in flux. Amidst rumors of King Edward reinstating John Balliol to the throne, Robert the Bruce commands his most trusted men to resurrect The Turnberry Bond, a pact specifying loyal Scots and Irish nobles band together in resistance against all adversaries. Follow the rebel warriors fighting for the rightful king of Scotland and their struggle with honor and love as their lives become intertwined with the brave women who challenge them.

To Support a King ~ Book One

Plagued by atrocities he committed against innocent victims while pursuing his father’s killers, Laird Mangus MacAndrew pledged to defend and provide for his clan. But his leadership is tested when two of his ships are attacked and his crews massacred. Desperate to fulfill his obligation to protect the clan, Mangus agrees to help reinstate The Turnberry Bond. His mission—garner support for the Bruce and avenge the deaths of his men.

The MacAndrew clan provides Catriona Butler something her Irish home could not, a safe haven. But when she receives a missive her brother is imprisoned and will be executed unless acceptable éraic can be obtained, she must return to her homeland.

Mangus agrees to take Catriona to Ireland and vows she will not become a distraction, but he longs to be near her. Catriona witnesses Mangus’s fierce anger and grows distrustful. After a life of suffering her father’s vicious temper, she is skeptical of anyone with a penchant for violence. She attempts to keep her distance, but her traitorous heart pulls her in Mangus’s direction.

With the fate of the kingdom on his shoulders, will Mangus reunite the men of The Turnberry Bond? Can he pursue vengeance against his enemies without taking more innocent lives? And can Catriona free her brother and grow to trust Mangus, staying true to her heart?

This is the second book I’ve read from Lane MacFarland. To support a King is the first book of the Turnberry Legacy. I love reading books from medieval Scotland. The author’s ability to transport the reader into the time period in vivid detail enriches the journey as the characters travel from Scotland to Ireland.

The action packed novel kept me turning the pages to see if Catriona would save the life of her brother or the man she loves, the Scottish Laird, Mangus. Oops…No spoilers!

Mangus and Catriona’s love story evolves from sweet to steamy as the narrative pushes forward.

The twist at the end is brilliant!

If you love Historical Romance then this is the book for you!